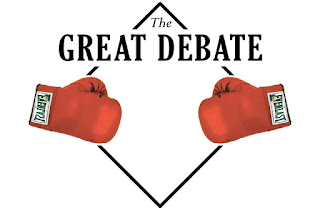 The debate on whether to write a cover letter will continue endlessly. If you decide to write one, the following guidelines are for you.

Make sure the cover letter has been edited for the specific position you are applying for, just as the resume should be edited. These two documents should be tied closely to each other, without being repetitive.

A cover letter is a business letter. A good idea is to copy the header from your resume as a header for your cover letter. This ties the two documents together in a professional manner.

Make sure your cover letter does not have those overused, mundane clichés most of your competition will use. You want the reader to feel you are different from your competition.

These are the guidelines:

1 - It should be directed to the hiring manager by name and title.

People like to be addressed by name. “To whom it may concern”, "Dear Sir/Madam", etc., are very impersonal and not as well received as a personally addressed cover letter. Make a concerted effort to get the hiring manager's name and make voice contact with him or her before you submit your documents to apply for the job. If you ask the right questions the hiring manager will tell you what his/her biggest challenge for the job is and you  can respond appropriately.

2 - Reference  the specific position you are applying for in a way that grabs attention and logically commands a response reaction.

3 - Define your brand and project compliance with the requirements of the job.

4 - Clearly show your knowledge of the hiring company and align yourself with them.

5 - Strongly suggest an interview and set expectations that a follow-up call will be made. It is better to tell them to interview you than to beg for an interview.

6 - Thank the hiring manager for his or her attention.  Thanking should be second nature to you. Make sure you don’t forget it in your cover letter.

Whether to write a cover letter or not will be debated forever. Some people read them, some don't. A lot of people say don't bother. But how do you know if a potential employer wants to see one? Ans: Be ready. 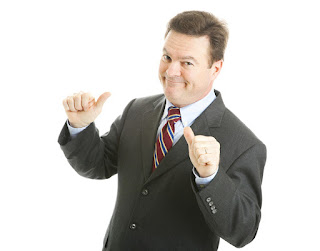 It's a business letter so write it like one. Include a letterhead. A good one might be the top of your resume, name and contact information.

Follow that with the date, hiring manager's name and title, company name, city and state, and a subject line with the exact title of the position you are seeking.

Open by addressing it to the hiring manager by name. Avoid being impersonal. No one's name is "To whom it may concern" or "Dear Sir/Madam".

Make the opening paragraph unique. Reference an important need required for the job and very briefly say why you meet the need. (If you have already spoken to the hiring manager as I suggest to all job seekers, think about how easy the opening paragraph becomes. You simply reiterate what was discussed in the conversation.)

Then tell them it is important that you meet, don't just ask for an interview. After all, you have explained why you are the right person for the job. 'Asking' for an interview is similar to 'begging' for one. 'Telling' them is just the logical outcome of why you should meet.

Next add a few bullet statements about your major achievements and don't copy and paste from your resume. Summarize them to continue to build interest.

Follow with a paragraph that aligns you with them, something of interest to them that you have in common from your research about the company to establish rapport.

Next set their expectations. Tell them you will follow up in a week (and then do it). Don't sit around a week from now wondering why you haven't heard and if you should 'bug' them.

Finally, don't forget to thank them and sign your name.

Cover letters, to write one or not write one, that is NOT the question for job seekers.

It’s the astute thing to do.

No doubt there are hiring managers and recruiters who don’t read cover letters. Likewise there are many, including some resume writers, who say “don’t bother, they don’t get read”.

However, many hiring managers do read them. Many will disregard a candidate who doesn’t write one. How does one know who will read one and who will not, who wants one and who doesn’t. Well, it simply doesn’t matter.

Unless one is told by the hiring manager, “don’t bother”, the safe thing to do is to write one. A recruiter may not know the hiring managers’ position on cover letters. Furthermore it does not matter what the recruiter thinks. He/she is not the hiring decision maker one needs to impress.

Write your cover letter in a way that is responsive to the hiring managers needs. Be careful not to write a letter full of mundane things like many job searchers write. That kind of letter will work against you if it gets read.

Let me know what you think here. Thanks.