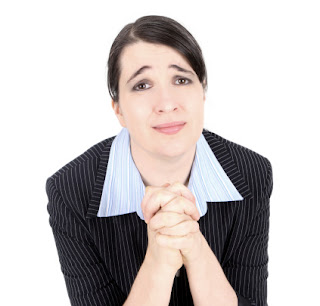 Making voice contact with the hiring manager before applying for a job is a recommendation I make to all job seekers because it is the most effective way to get an interview and job.

But if you have not been referred, a far better approach is to establish rapport and finesse the discussion without mentioning turn-off words like interview, job searching or job. I suggest starting by asking a question about something of interest to the hiring manager. That takes some research and preparation. You could Google the manager as well as the company for information and check the manager's profile on LinkedIn. You will almost always find something the manager is interested in or something new about the company to ask questions about.  Do this before there is any discussion about an open position or your search.

With rapport established, keep the focus on the manager by mentioning something about the company and his position in it. You want to learn about problems he or she faces so you can mention that you have resolved those kinds of problems, again without indicating you are job searching. You want to get the hiring manager to start asking questions about you. Ultimately you'd like him or her to suggest an interview because that gives you the opportunity to casually indicate you'd be happy to do so. If the manager does not suggest an interview, then it is time for you to indicate you would be interested in talking to him or her about opportunities (even though you may already know there are some). So the only time you should suggest an interview is if the manager doesn't initiate it.

If you like this post, please share it in your feed and follow me on LinkedIn. It helps the article to be seen by more people in need of this kind of career help. Also visit my website at bit.ly/1TEqj93. Thanks!
Posted by Karl Liechty at 4:08 PM No comments: 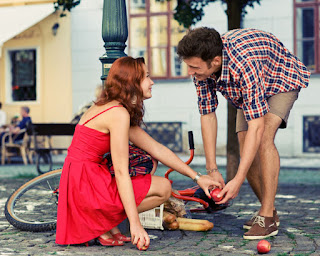 Many people tell me about aggressively submitting resumes and getting little or no response or interviews. In one example, Ralph (not his real name) came to me saying he had lost his job many months before and was totally frustrated with his job search. He was sending out many resumes and either being rejected or hearing nothing back. And he had revised his resume numerous times trying to fix the problem. Sounds familiar, right?

Unemployment was causing financial problems and strife within Ralph's family. His savings was dwindling, he was worried he might lose his home and he had children who were approaching college age.

Like so many other situations I have seen it was obvious he would have been much better off had he reached out to me right after he was first laid off, or even better, when he first began to see the handwriting on the wall, rather than trying to "go it alone". And it made me think about how job searching is similar in a way to dating. It often leads nowhere.

In courtship we are focused on compatibility and impressing each other. The same is true with seeking a job. As job seekers we try to create a resume that will impress the hiring manager by demonstrating how compatible we are with the job requirements. Then after submitting the resume, if ATS intercedes, usually nothing positive happens. The problem is ATS is either love at first sight or it's not going to happen! You get one chance, that's it. So we talked about his resume, how he was conducting his job search and how we could turn things around for him together.

First we talked about word processing pitfalls that cause ATS parsing issues. ATS text parsers extract information from resumes and provide a compatibility score. Only the top scorers are forwarded to HR for review. So if, for instance, there are 200 applications and only the top 10 are forwarded there is only a 5% chance HR will review your resume and 0.5% chance you will be hired. There has to be a better way to improve the odds. We'll discuss this later but let's get the resume right first.

The over 40 pitfalls to be concerned about include word processing shortcuts that can build parsing issues into your resume. You might not even realize it is happening. Among the most critical shortcuts are those that allow you to write text inside graphic boxes such as borders, tables, headers, text boxes, and borders. Unfortunately parsers cannot read information located inside graphics. So for example, if you put your name and contact information inside a header, the parser can't read it and will not know who you are or how to reach you. Therefore ATS can't respond to your application. This is a certain way to become anonymous.

In the many changes he made to his resume over time, sometimes Ralph used headers, usually he used tables and occasionally he spiffed it up with an outside border. All were sure to cause ATS issues.

Ralph asked me about using columns because he had seen many resumes that were attractively laid out using them. I explained that this is another pitfall. Parsers scan information in raster fashion, across the entire page, one line at a time. So if columns are used to format information, the text in one column will be intermixed with text in the next column, one line at a time. The result reads as gibberish. So we agreed not to do that.

Ralph had been promoted twice in one company so his resume showed 3 jobs under the name of the company, a fourth pitfall. Listing multiple positions under one company is called 'nesting'. ATS wants you to repeat the company name before each position held even if they are successive jobs in the same company. I can only assume the reason for this is that ATS may not understand what company you were working for after the first one listed. That sounds pretty dumb but it is what it is so I don't nest jobs in any resume that will be used to apply electronically. The good news is parsers do not view a repeated company name as job-hopping. We fixed Ralph's resume by showing the same company name before each of the three positions.

Second we talked about keywords. It is important to make sure the right skill keywords are used in a resume exactly as they are found in the job description requirements. It is equally important to use them in context. ATS will determine if you understand the keywords by how you use the them in context, particularly as you describe the results of your work in the experience section. This helps to achieve a high ATS score and win interviews.

Talk to the Hiring Manager Before Applying

The third thing we discussed was search tactics. The way to increase the odds of getting hired is to talk to the hiring manager before applying for a job. Doing this has a profound effect upon winning interviews and jobs. Ralph had never tried the approach and had no idea how to do it. He felt intimidated by the thought of reaching out directly to the hiring manager. After all, doesn't everyone just go through HR? The answer is no, not everyone. The most successful job seekers differentiate themselves from their competition by calling and speaking directly to hiring managers before applying. This is the most effective way to get hired.

The skills required can be learned through coaching and lots of practice. It is very effective because it enables one to learn what is most important to the hiring manager, to provide examples of how one can help meet the hiring manager's critical needs and it provides critical information for 'tuning' a resume before applying.

Ralph and I spent considerable time discussing the many ways of finding the hiring manager's name. We discussed how to write, practice and internalize scripts for getting past the company gatekeepers and how to approach the hiring manger when he finally gets through. Ralph practiced the new skills by role playing with me. Then he tried it live. It took a lot of guts and it worked. Ralph got a great job using this approach.

Ralph has been in his new job for six months and feels like his whole world has changed. I wish all outcomes were the same. I am convinced getting competent help early and being willing to learn and practice new skills prevents an extended job search.

If you like this post, please share it in your feed and follow me on LinkedIn. It helps for the article to be seen by more people in need of this kind of career help. Also visit my website at bit.ly/1TEqj93. Thanks!
Posted by Karl Liechty at 5:54 PM 2 comments: